This site uses cookies, some of which are essential to basic functionality. We also use non-essential cookies which help to personalise content and ads, provide social media features and to analyse our site traffic. We may share this information about your use of our site with social media, advertising and analytics partners. For example, we may share your computer’s IP address to your social media provider to help them offer you more relevant content.

Please either consent to the use of our non-essential cookies by clicking the button below, or click here to opt-out. 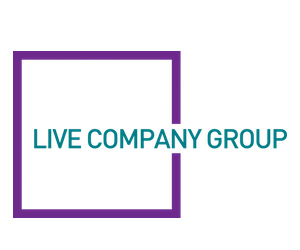 The Company announces, in accordance with Rule 17 and paragraph (g), Schedule Two of the AIM Rules for Companies, the following disclosures which were inadvertently omitted from or incorrectly stated in the Company’s Admission Document dated 29 November 2017:

–     Parallel Smart Media Asia Alpha Entertainment Ltd was dissolved on 9 October 2017, and is therefore a previous directorship of David Ciclitira and Ranjit Murugason;

–     Parallel Contemporary Music International Limited was dissolved on 3 October 2017, and is therefore a previous directorship of David Ciclitira; and

–     David Ciclitira, Serenella Ciclitira and Ranjit Murugason are directors of Parallel Contemporary Art (Singapore) Pte Ltd, a company not connected to the Group.

Brick Live is a network of partner-driven fan-based shows using BRICKLIVE-created content worldwide. It owns the rights to BRICKLIVE – interactive experiences built around the creative ethos of the world’s most popular construction toy – LEGO® bricks. BRICKLIVE actively encourages all to learn, build and play, and provides an inspirational central space where like-minded fans can push the boundaries of their creativity. Brick Live Group is not associated with the LEGO Group and is an independent producer of BRICKLIVE.

Parallel Live was founded by David Ciclitira in 2015 and owns the rights to promote BRICKLIVE in the USA. It is responsible for running and promoting those events through its US joint venture, Parallel Three Six Zero. The first event will be taking place at The Star in Frisco in January 2019.

Bright Bricks Ltd was established in 2010 and since then, has built over 1,000 models made from more than 60 million LEGO bricks.  Clients include major blue chip companies such as: Rolls-Royce, Google, BT, Jaguar Land Rover, Warner Brothers, LEGO, General Electric, The National Gallery, Maersk and Lufthansa.

This information is provided by RNS, the news service of the London Stock Exchange. RNS is approved by the Financial Conduct Authority to act as a Primary Information Provider in the United Kingdom. Terms and conditions relating to the use and distribution of this information may apply. For further information, please contact rns@lseg.com or visit www.rns.com.